Happy Thanksgiving to all. I hope everyone has a safe and pleasant journey if you are heading out. Talked to a friend last night who received two invitations to dinner tomorrow so I advised, “You better stop eating now!”

The Auto News Column will resume on Monday, Nov. 28 and there will be a Saturday Road Test.

IHS Markit said we are keeping our cars and trucks longer these days, with the average age now at 11.6 years. That may be a credit to improved reliability, but also longer finance periods. And that has some analysts worried about how this could affect auto sales in the years to come. On the other hand, those 11.6 year old vehicles will need replacement at some point. 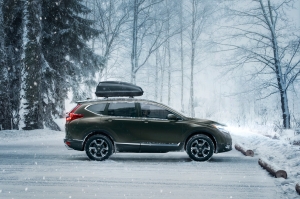 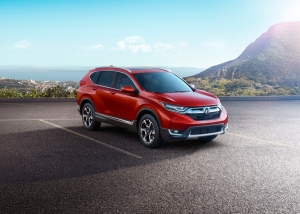 Production of the 2017 Honda CR-V is underway at the plant in East Liberty, Ohio. As you may know, this is a complete redesign for one of Honda’s best sellers with a roomier interior, new platform, and an optional 1.5 liter turbo four under the hood. Honda is claiming “best-in-class” rear seat legroom and more cargo space. This is the fifth generation of the CR-V in the two decades that it has been on the market.

Toyota is recalling 834,000 Sienna vans from model years 2011-16 to repair a side door that could open when the vehicle is out on the highway. Owners should make doubly sure the door is securely latched and watch their mail for official notification of the recall, in mid-January.

A German business publication is quoting a top VW official as saying it will no longer offer a diesel engine option here in the U.S. The pullout was confirmed by the Detroit News.

On the face of it, you might not raise an eyebrow with the news that the pistons are returning to downtown Detroit. After all, given the city’s history that would only be logical. But this involves the town’s NBA Pistons who will move from Auburn Hills, Michigan, to the Little Caesars Arena starting next season. That will make Detroit the only North American city to have each of its four major pro sports teams housed within four blocks for the core downtown.

Singer-songwriter Morrissey wants GM to stop offering leather seats, and replace them with vegan leather on seats, steering wheels and gear shifters, according to the Detroit Free Press. It is part of a broader campaign backed by People for the Ethical Treatment of Animals. No comment from GM.

The General is working with two groups to donate thousands of pieces of no longer needed office furniture to institutions and organizations in Michigan. The furniture is valued at about $1 million.

For the second time in three months and the sixth time this year, new-vehicle retail sales in November are expected to slip from year-ago levels, according to a monthly sales forecast developed jointly by J.D. Power and LMC Automotive. U.S. new-vehicle retail sales in November are projected to reach 1,128,900 units, a 2.0% decrease from November 2015.  Full-month performance will be heavily influenced by sales during the Thanksgiving weekend, which is one of the busiest selling periods of the year and is expected to account for one-fourth of November sales.

Deirdre Borrego, senior vice president and general manager of automotive data and analytics at J.D. Power, said: “The election had a minimal effect on vehicle sales. While sales volume was suppressed for a short period during the election, the declines were quickly recouped by the end of the election week. Although we are forecasting another decline in retail sales, it is important to note that in absolute terms vehicle sales remain close to record levels while transaction prices are at record highs. However, these results are being driven in part by elevated incentive levels, which represent a meaningful risk to the long-term health of the auto industry.” 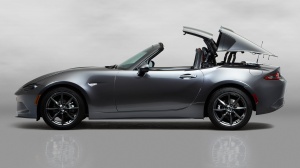 Thanks to shifts in production schedules, Mazda announced its Miata MX-5 RF will be in dealer showrooms two months early. Approximately 500 retractable fastbacks will arrive nationwide beginning in early December, followed by wider-scale availability throughout the winter and spring.